Digital
By Oliver O'Brien at CDRC in London

New research reveals some interesting trends about broadband speeds across the UK.

Based on data from Ofcom and their Connected Nation report, the Consumer Data Research Centre (CDRC) have mapped the change in speed between the years 2016 and 2017.

The map shows a general light green gradient across the country, showing broadband connection speeds are gradually increasing as people source and switch contracts to providers with a better service. 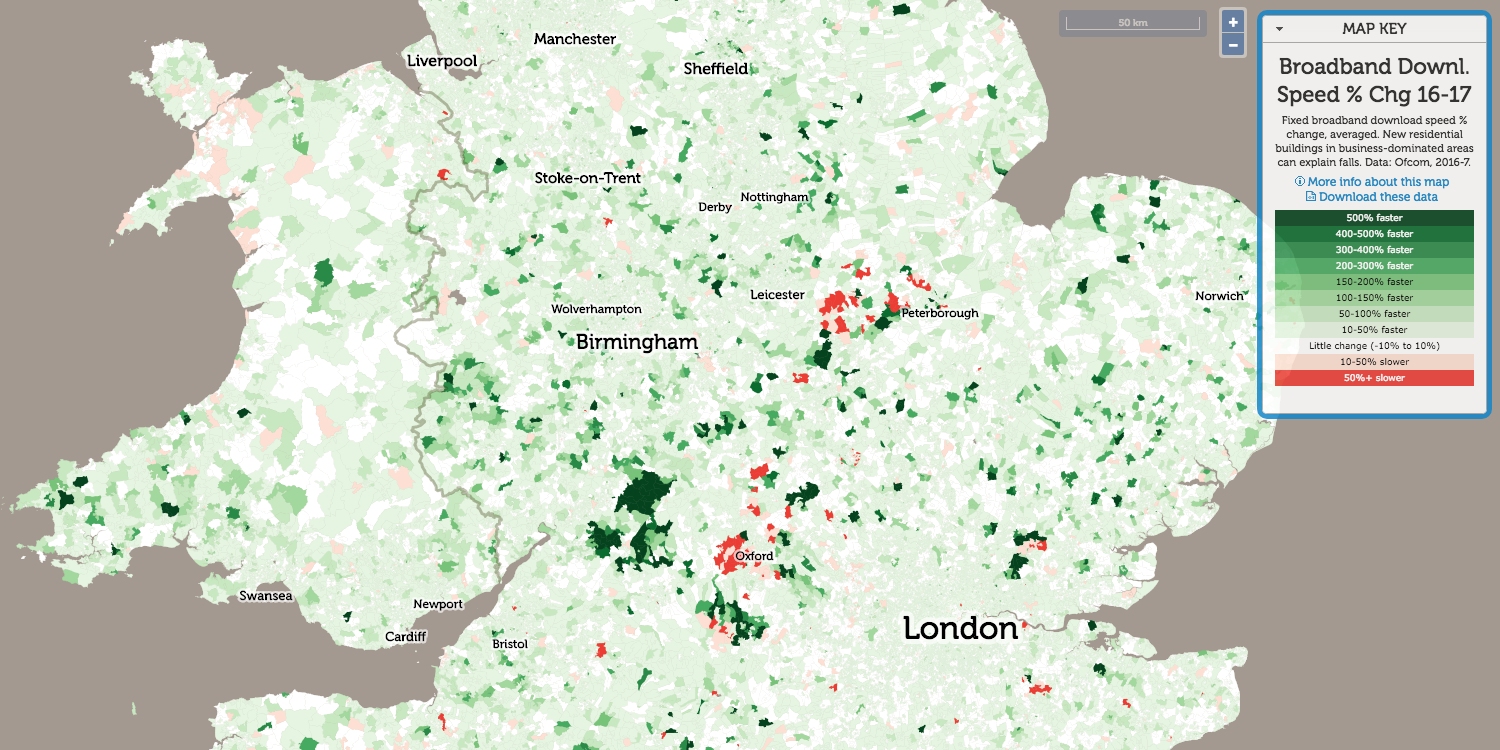 There are, however, some interesting trends.

An emerging hotspot of ultra-fast broadband speed is spotted in rural Lancashire, near Kendal in the Lake District, as a community-driven high-speed rural service begins to roll out. More dramatic improvements are seen just to the east of Cheltenham, again a rural area with specialist high technology and defensive industries. Cranham sees an 11000% improvement, from 1.7mbit/s to 190mbit/s, as new business connections move online. 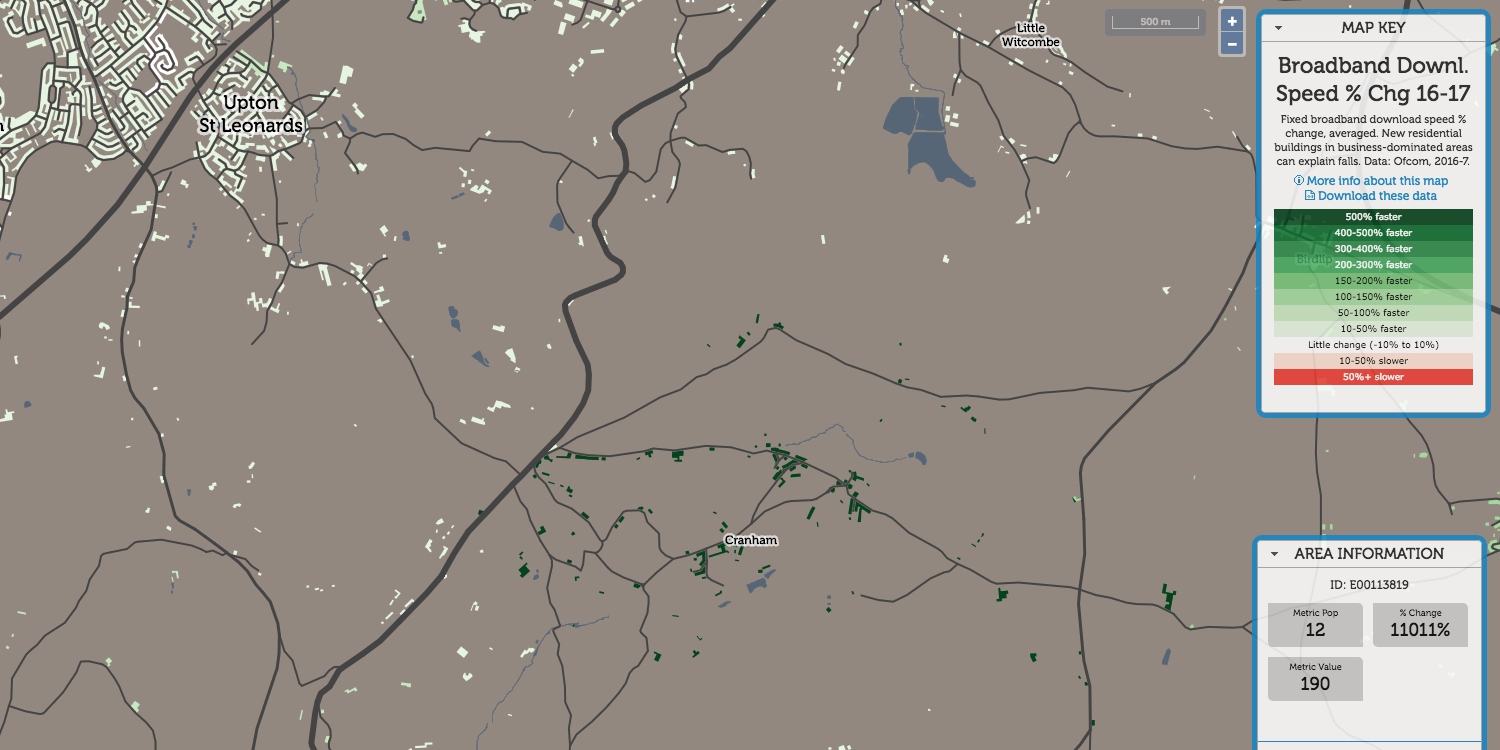 On the other hand, there are pockets across the UK where broadband speed appears to be dropping off. For example, Appleton, a medieval village in Oxfordshire has seen a 99% decrease, from 540mbit/s to 2.3mbit/s. 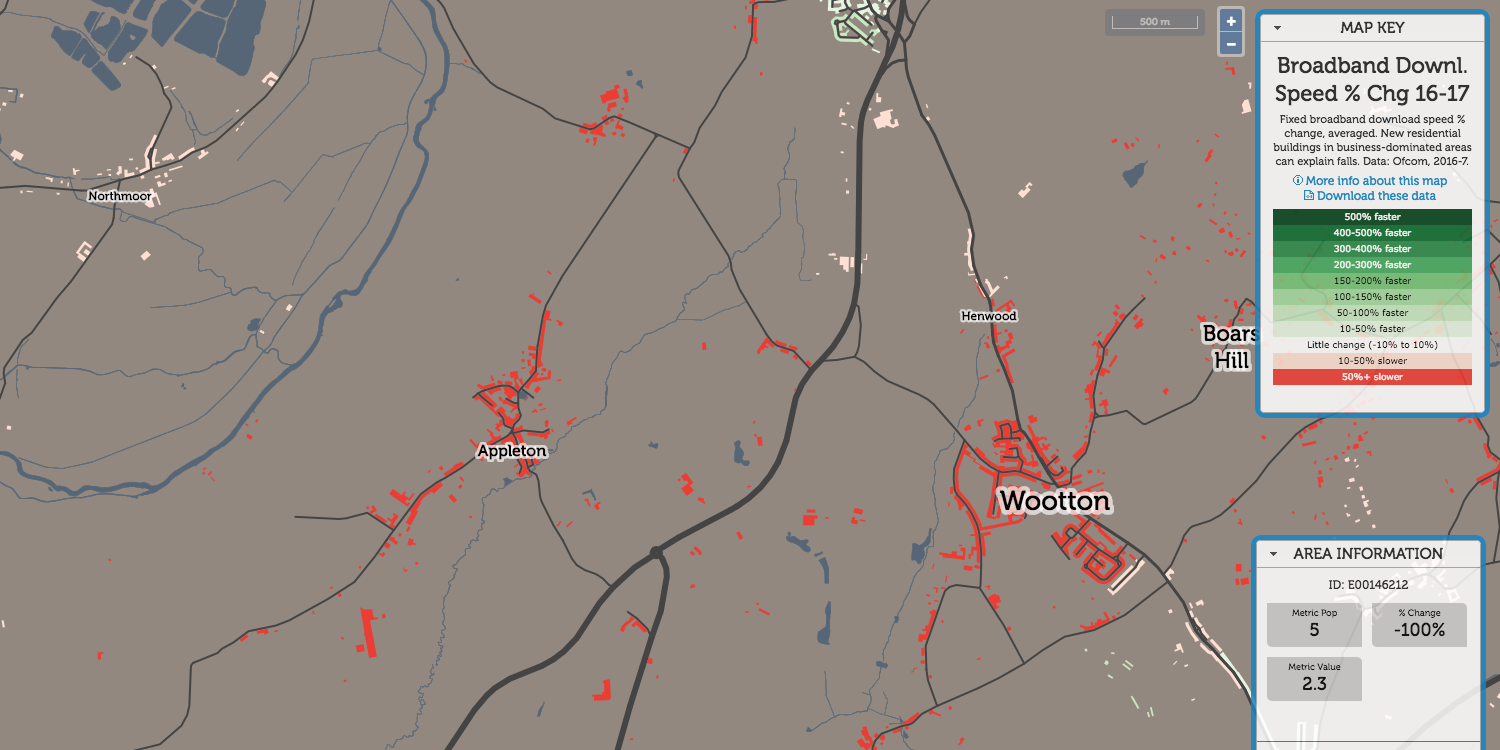 In the central parts of London, there is a lull around King’s Cross – the previous year’s fastest postcode – which is almost certainly not due to a general decrease in available speed but actually because residential connections have come online. The previous year’s ultrafast result was likely due to dedicated ultra-highspeed links into Google’s new UK office, and other high-technology businesses opening there. Since then, the residential blocks nearby have opened; these still have pretty nice connections, but not the business-level infrastructure needed so it shows as an average fall in London.

Rotherhithe, to the south east of London, throws up a unique blend of broadband speed simultaneously increasing and decreasing. 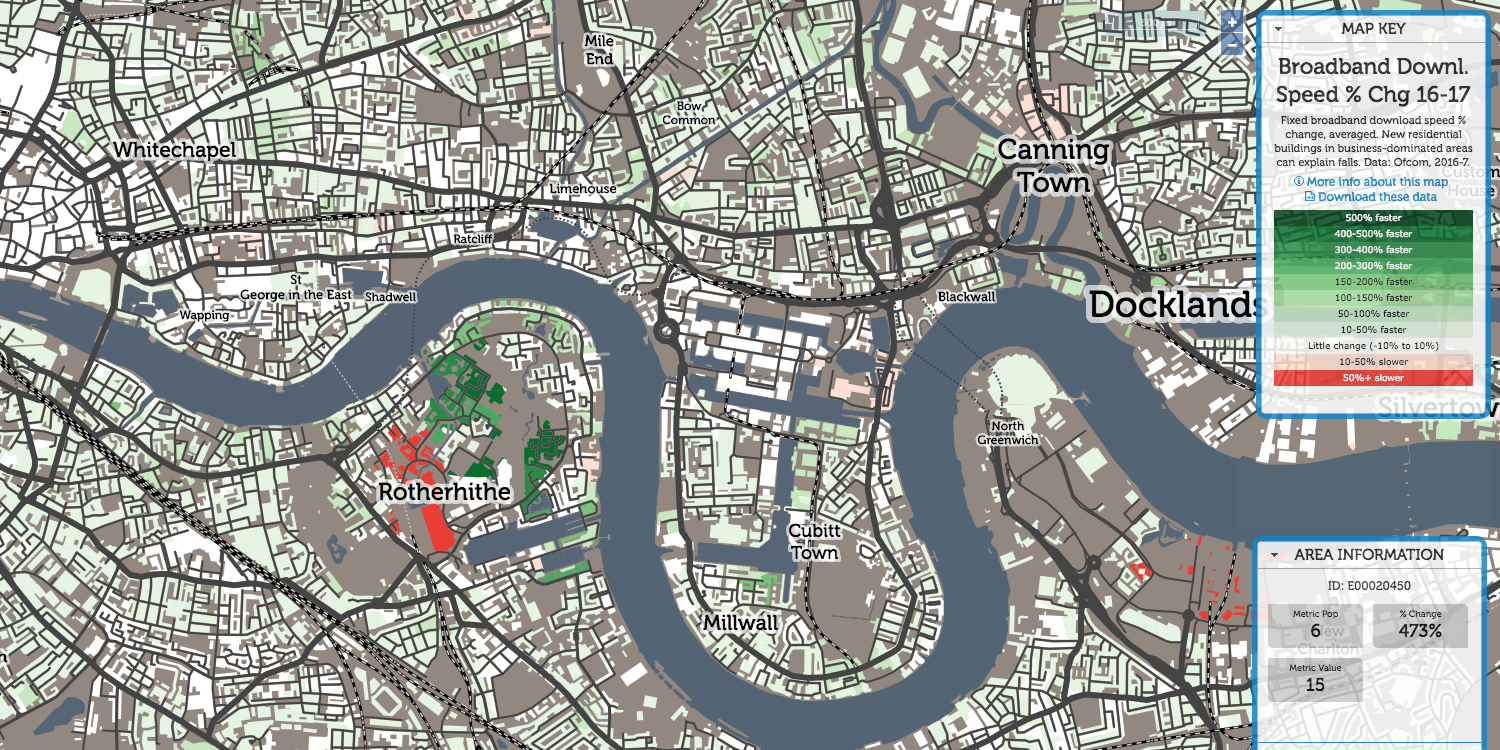 A traditionally very poorly connected area, both in transport but also digital connectivity, Rotherhithe has seen dramatic improvements in speed across many areas but also big falls in the newest area – again possibly due to an increased residential component in the mix.